Traumatic injury to the head is classified according to the type of damages it causes to the skull. The three major categories are:

People with closed head injuries can be further separated into two sub-groups. The first is a simple concussion, i.e., with no discernible degree of structural damage to the brain, and those with destruction of brain tissue from contusion, laceration, herniation, or hemorrhage.

If there is brain damage, it can cause a person to become unconscious. An individual could have brain damage even if the person does not lose consciousness.

With a conscious patient, some of the things that the doctor does to determine whether or not there is any possible brain damage is to check the verbal response. Are they oriented? Are they confused? Do they use inappropriate words? Are they incomprehensible? Or is there no verbal response? On the eye opening, is it spontaneous? Does eye opening react to speech, to pain, or do they not open their eyes at all? On motor response, do they obey commands? Are there abnormal reactions to fluxion or extension, or is there no motor response?

Post-traumatic complaints of a head injury without concussion would include irritability, poor concentration, poor memory, and insomnia.

A concussion generally refers to some loss of consciousness on a head injury. A concussion is a very common form of a closed head injury. It usually refers to an injury caused by a violent jarring or shaking or some other blunt force, and usually causes a brief loss of consciousness. When the person wakes up, they might have a headache, amnesia, dizziness, or loss of balance. When a concussion becomes more serious, or there is a long period of unconsciousness (commonly referred to as a coma), it can also lead to a fatality. Symptoms of a concussion may include nausea, vomiting, change in the pulse rate, change in the blood pressure, temperature, dizziness, headaches, disturbances in respiration, tremors, and sensations of heat and cold. Symptoms that are seen in all concussion cases are apathy and weakness.

Brain cells are vulnerable to severe damage because of the brain’s high-energy consumption and lack of energy storage. The brain makes up 2% of the body’s weight, but it uses up 20% of the total body oxygen consumption and 15% of the cardiac output. Brain cells require a constant flow of oxygen. A reduction in oxygen supplied to the brain, even though there is adequate blood flow, is referred to as hypoxia. The decreased blood flow to the brain, and therefore less oxygen going to the brain, is called ischemia. Hypoxia or ischemia will cause brain cell damage in normal metabolic conditions.

Brain damage can occur in the following manner: 10-20 seconds after cerebral blood flow ceases, i.e., blood flow to the brain, unconsciousness occurs. Unconsciousness is followed almost immediately by a flat EEG (electroencephalogram). In eighty seconds, the pupils become fixed and dilated. Five minutes after the blood flow ceases, it is generally believed that irreversible brain damage begins. The precise point at which reversible brain damage becomes irreversible is actually unknown, and may differ under different circumstances.

You or someone you know has sustained a serious brain injury, and life will never be the same. There is hope, however. The first step to moving on and reclaiming your life is to get justice for what was done to you. To achieve that, you’re going to need the very best brain injury lawyer. Cameron Brock, the founder of the Law Offices of Burg & Brock, has tremendous experience and expertise handling cases just like yours. Since 1996, his renowned firm has taken on over 10,000 personal injury cases. In that time, Burg & Brock has tallied an exceptional 98% success rate and has won over $200 million in verdicts and settlements.

With a Burg & Brock brain injury lawyer on your side, you will be well-armed for the legal confrontation that awaits you. At the Law Offices of Burg & Brock, they don’t believe in bringing a knife to a gun fight. Cameron Brock and his associates are known for their aggressive, no-holds-barred approach in the courtroom and the negotiating room. That is exactly the kind of brain injury lawyer you need: someone who will vigorously defend your rights and lobby for the compensation you so justly deserve.

When you hire a brain injury lawyer from Burg & Brock, you don’t have to worry about breaking the bank, either. This firm operates on a contingency basis, meaning they don’t get paid until you do! In addition, one of the benefits of choosing a large, experienced firm like this is that they have the in-houses resources to fund the case (which includes all kinds of costs like private investigators, stenographers, and other trial costs that can reach into the tens of thousands). 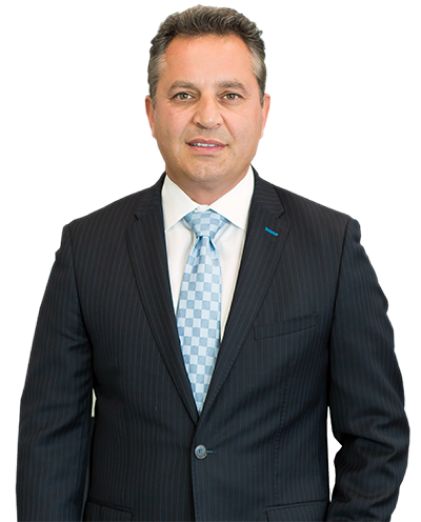